The information below relates to the combined employee’s population of Exceed Umbrella Limited. We confirm that the information contained within this report is accurate and put together in compliance with Gender Pay Gap Reporting Requirements & The Equality Act 2010.

In other words when comparing median hourly rates, women earn £1.02 for every £1 that men earn.

Proportion of women in each pay quartile Pay quartiles are calculated by splitting all employees in an organisation into four even groups according to their level of pay. Looking at the proportion of women in each quartile gives an indication of women’s representation at different levels of the organisation. 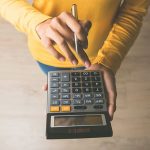 Get £100 for each and every successful referral made to us